(Check out the above video about our experience! Hats off to High Tech High student Tatianna Steiner for editing the video.)

I teamed up with Gary Ware of Breakthrough Play and Jeff Harry of Play-Well TEKnologies for Global School Playday on February 7, 2018. We led a compassion- and play-focused experiment for High Tech High School 10th graders, because we were curious about the question,

What happens when compassion meets competition?

We each led students through 45-minute workshops. I focused on cultivating compassion, and during Gary’s workshop, students used improv and play to practice empathy, listening, and team-building. 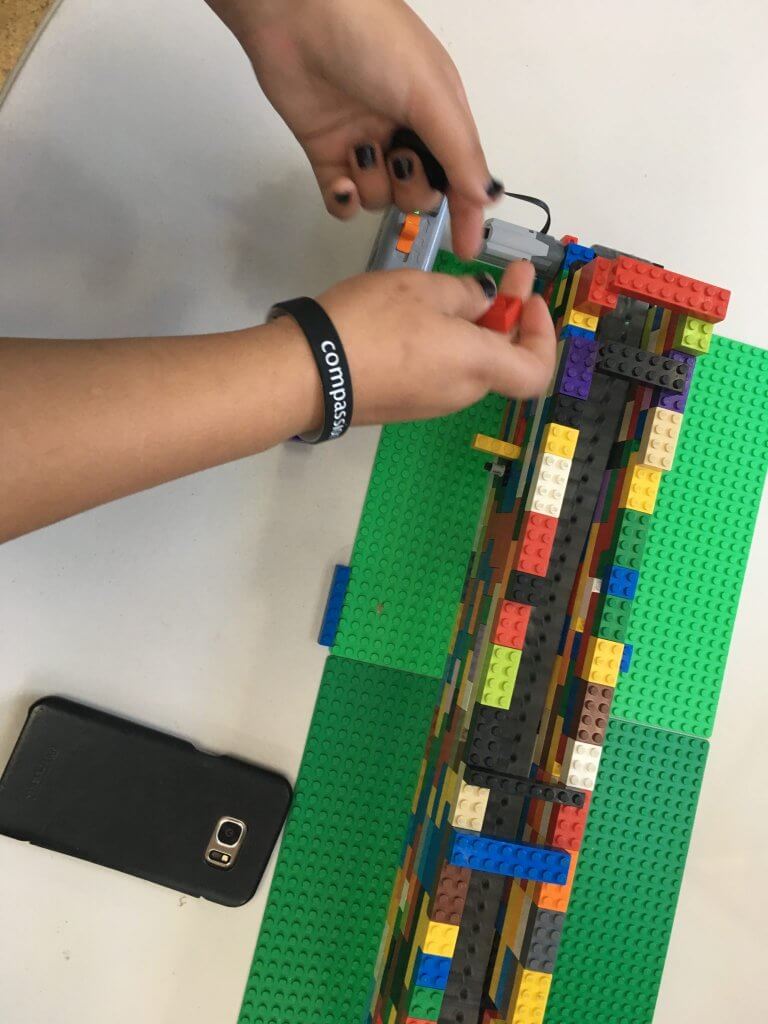 The students formed teams and picked their tables. Jeff gave them written instructions, and he told them to “produce as much food as you can.” The students built conveyor belts out of Legos and then created “food” out of Lego bricks. When the food reached the end of the conveyor belts, students would collect it and stack it on their nations in the middle of the room. 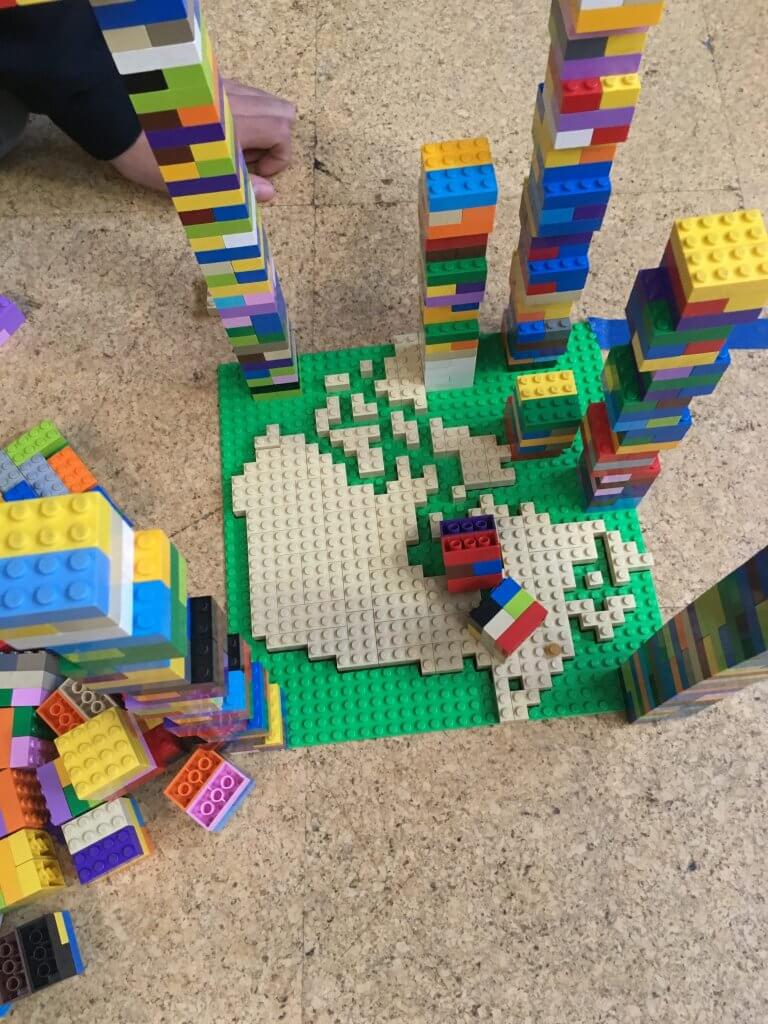 What the students didn’t know is that the low-income countries weren’t given enough resources to complete the task. Some of them were missing parts to their conveyor belts, and others didn’t have enough bricks to create food.

The wealthier nations, however, had more than enough Legos. 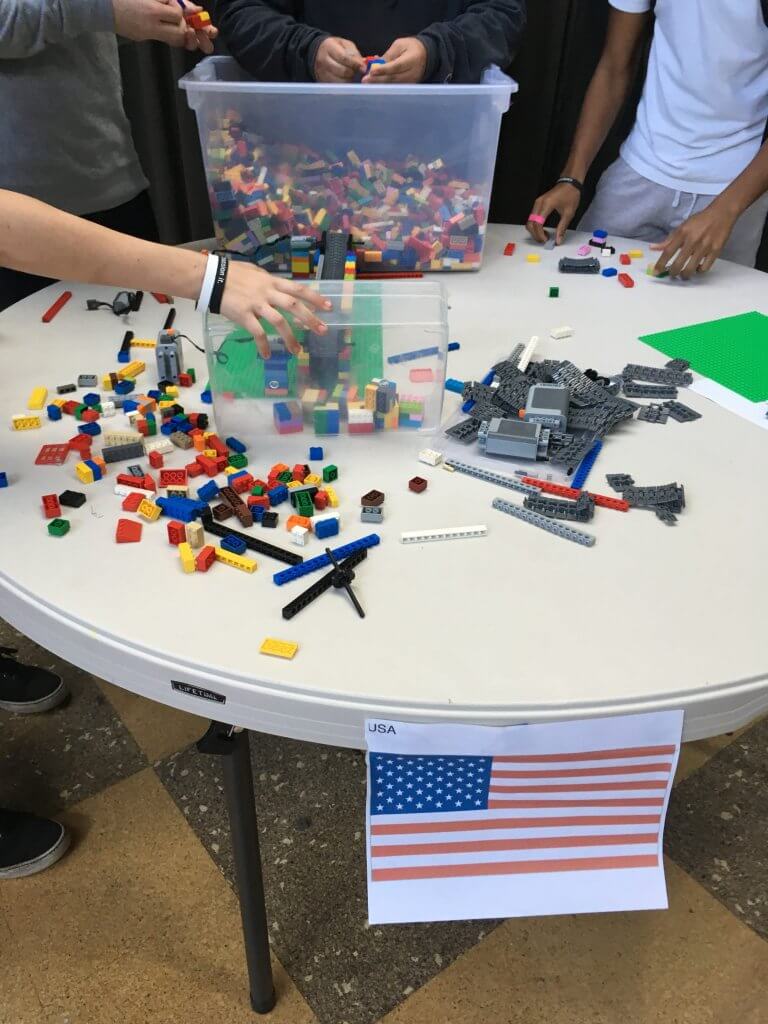 The high-income nations like the United States and Canada began producing large amounts of food right off the bat. At the same time, the developing nations clearly struggled. For example, the Dominican Republic students were left to fend for themselves despite asking for help from other nations. The students eventually gave up and sat back feeling frustrated and dejected.

When time was up, we took time to debrief with the students. Jeff asked, “What was the assignment I gave you?”

The students replied, “To produce as much food as we could for our nation.”

Jeff shook his head and said, “No. I asked you to produce as much food as you could. I didn’t say it was for your country. Do you think you produced as much as you could, since several countries didn’t produce any food?”

The students looked sheepish as they realized they had incorrectly assumed this was a competition. I asked the United States team if they shared Legos with any other nations.

“No,” one student replied.

His group had received several requests for help, so I inquired, “Why not?” 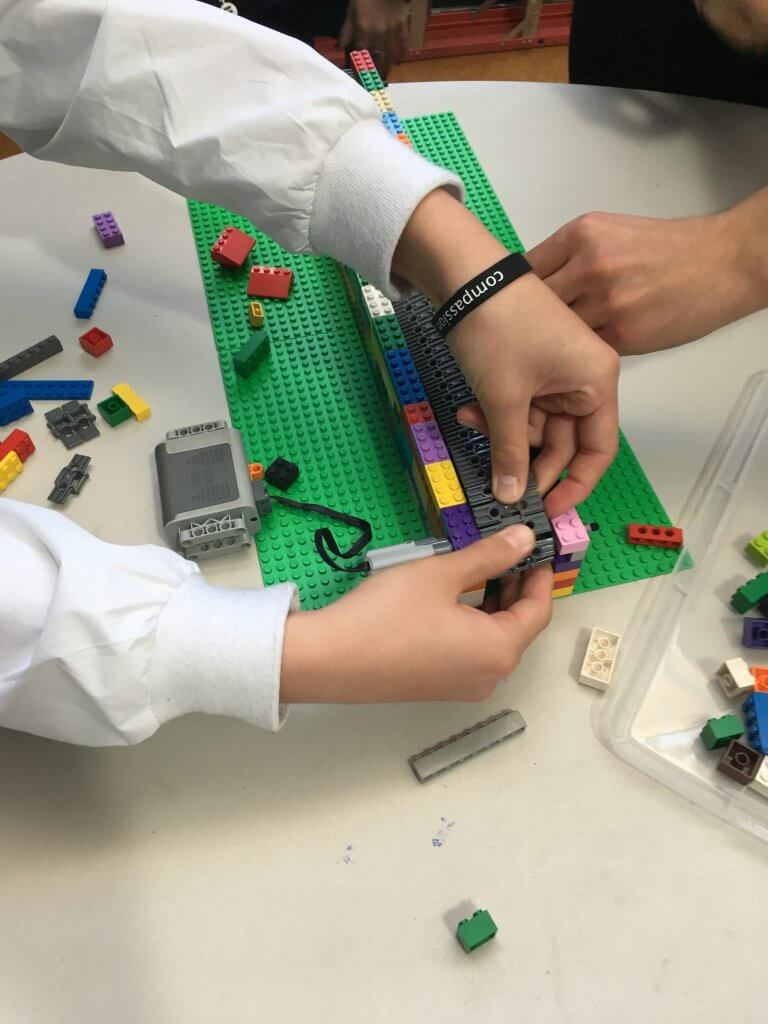 Each student wore a wristband with the words “Compassion It” on it.  Despite the visual reminder and two workshops that primed them in compassion, most students ignored requests for help.

I’m happy to report that we did find some outliers. A few students went out of their way to deliver Legos to those who needed them.

What’s my takeaway from this? When we’re involved in a perceived competition, we seem to ignore the needs of others.  Compassion takes a back seat when we want to win.

Our society makes competition a part of everyday life, from athletics to our careers. We prioritize a winning mindset over a compassionate mindset, and that’s what we pass down to our children.

So what can we do about it? We can start by including sportsmanship and compassion when we compete.

We should also teach our youth that life is not a zero-sum game. When we help each other, everyone wins. 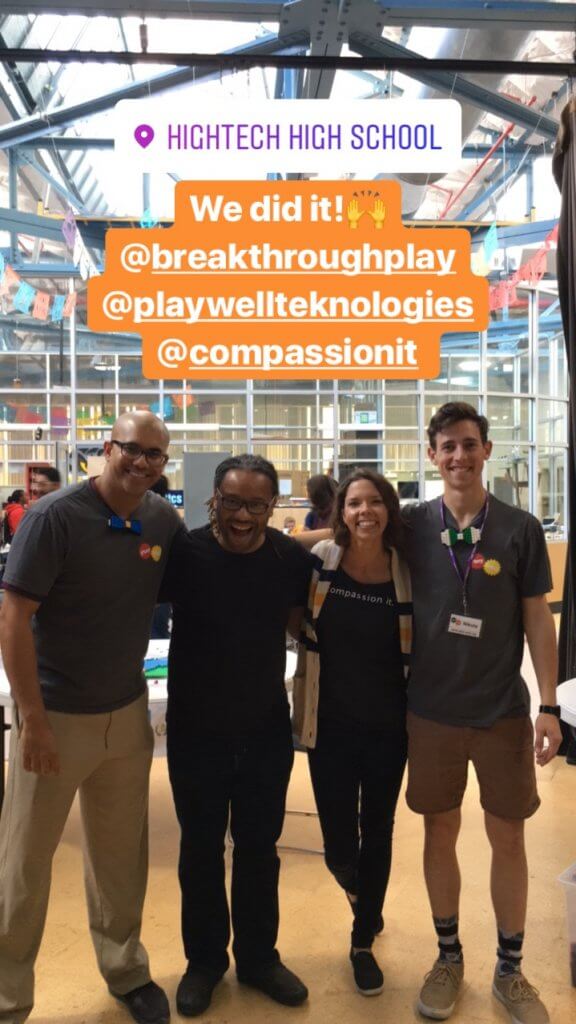